Prevent Digestion and Distortion of Holi!

We thank Raj ji for this post that summarizes discussions on Holi from March and August 2013. Examples of how Holi festival of Hindus is being distorted and potentially ready to be digested either into some secular "festival of colors" or some Christian "Holy" day, etc. 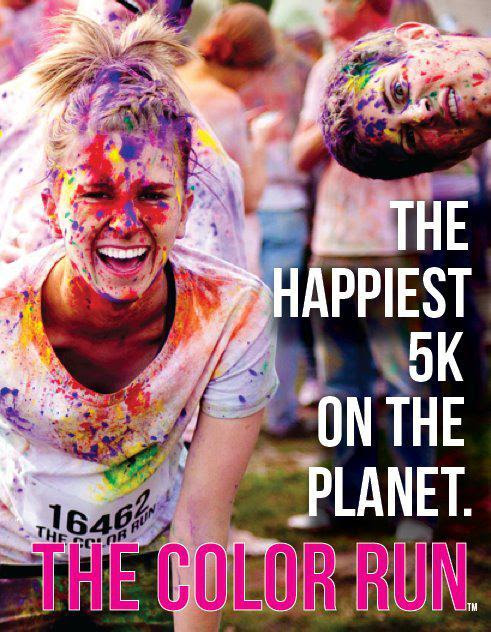 The discussion was initiated by a member who followed up with Desh from Houston who talked about the Holi celebration there: "I was one of the participants there. It was predominantly attended by Hindus.. It was a day of fun and colorful abandon!!

If the presence of a politician causes some surprise, so be it. Indians in Houston are now becoming more politically active especially with [] contesting for State Representative in the upcoming elections. She goes to work wearing "sindoor" in her "manage" every day and has a Ganesh ji locket around her neck always. And mind you, Pete (Olsen) is a strong supporter of all things Hindu and Indian; has been pro-India since the beginning of his political career."

Arun asks Desh: Why does our Holi celebration become an event of "digestion"?
I honestly fail to understand Desh ji's logic here. Can someone please explain?

Rajiv comment: I agree with Arun. The issue at hand is not about digestion, but about potential distortion. Digestion would be if (as in the case of yoga) mainstream Americans were appropriating Holi into some kind of festival claimed to be their own - as they did with Halloween. But the examples cited do not apply to American digestion of Holi, rather they concerned Indians in USA morphing their own symbols and festivals - i.e. difference anxiety from below.

Raj posts:
Digestion of Holi is happening at a rapid pace and it is now gone global. Please see this. The main "fun" aspect of Holi -throwing colors- got disconnected, secularized and now it has been digested.

In an earlier discussion on this topic of "Holi Digestion" (message 2343), it was about Americans participating in our celebration.... Now Americans have taken over. This Color Run was started by someone in Utah, where Holi celebration has been a big draw in recent years.
.... also starting this year [another example] ... The timing of this also coincides with when our local India Association usually organizes Holi - first or second weekend of April.

Babu: That celebration in Utah was done by ISCKON devotee and was done as per the Purana without any [digestion/distortion].... We will be doing the similar celebration in LA this summer. Holi similar to played by Bhagwan  Krishna in Golokdham is a traditional Vaishnav north India celebration.

Raj responds:
One more organization combining 5K races & Holi colors...  I have looked around and so far no organization has specified the ... Hindu culture as the source for this fun activity of throwing colors.

Easter & Mardi Gras - Digesting Holi
For many years our local India Association has celebrated Holi in April, as weather gets warmer. In the same event, they also have Easter egg hunts to make it more fun for children. With growing popularity of Holi, we can expect throwing colors to become part of "traditional" American Easter celebration along with the bunny & eggs which were digested from European pagans. Holi could get fully digested into Easter within this generation itself. ...our local ColorRun happened on April 6th, just after Easter (March 31st for 2013).

Rajiv comment: Mardi Gras is itself a digestion of pagan festival. The same predator is digesting everything else that it can eat up and turn into some exotic pop culture.

In another thread Shanti posts:
"I came across this article in the Sunday Times about Holi festival becoming a rage in Europe, being marketed as the 'Holi One'. I went to the HoliOne website to check. They acknowledge that they have been inspired by the Holi festival in India. But how long before it is called 'Holy One' ?

This also has to be looked at as another instance of digestion at the social level. It is a dangerous kind of 'digestion' as it is started by entrepreneurs with a seemingly innocuous money-making business purpose. Many would view it as harmless. Should we? "

From a recent facebook post by Raj:
"Yes, such false equivalence of similar sounding words, using folk etymology & fabricated folklore, are used to claim sameness of two vastly different systems - where one side has been a remorseless plunderer. You can easily spot the U-Turning 'liberal' when they claim "same knowledge/practice is available *everywhere*" while appropriating something that they clearly got only from India. Millions of heathens have sacrificed everything to preserve these cultural treasures, bravely facing centuries of slaughter & censure. But appropriators who don't know the history get offended if we barely raise an eyebrow. We are expected to just mutely watch. Only free speech we are allowed is politically correct silent sigh.I have posted here before about digesting Holi. RM had predicted that it'll become part of Easter. Just like the Christmas tree. What's worse: some of the funds raised by these color runs could be getting funneled thru do-gooder 'charities' that are involved in heathen cultural genocide. To demonize us, foremost authority 'scholar' #WendyDoniger has written that our barbaric Hindoo ancestors used to throw blood on each other for Holi. If such shaming & censuring doesn't make the heathen give up, secularize, appropriate & christianize it: yoga, bharathanatiyam, holi etc