Why are Hindus Celebrating the Digestion of Hinduism? - Part 1

This post was triggered by promotion material for a Phil Goldberg talk that was found on twitter. 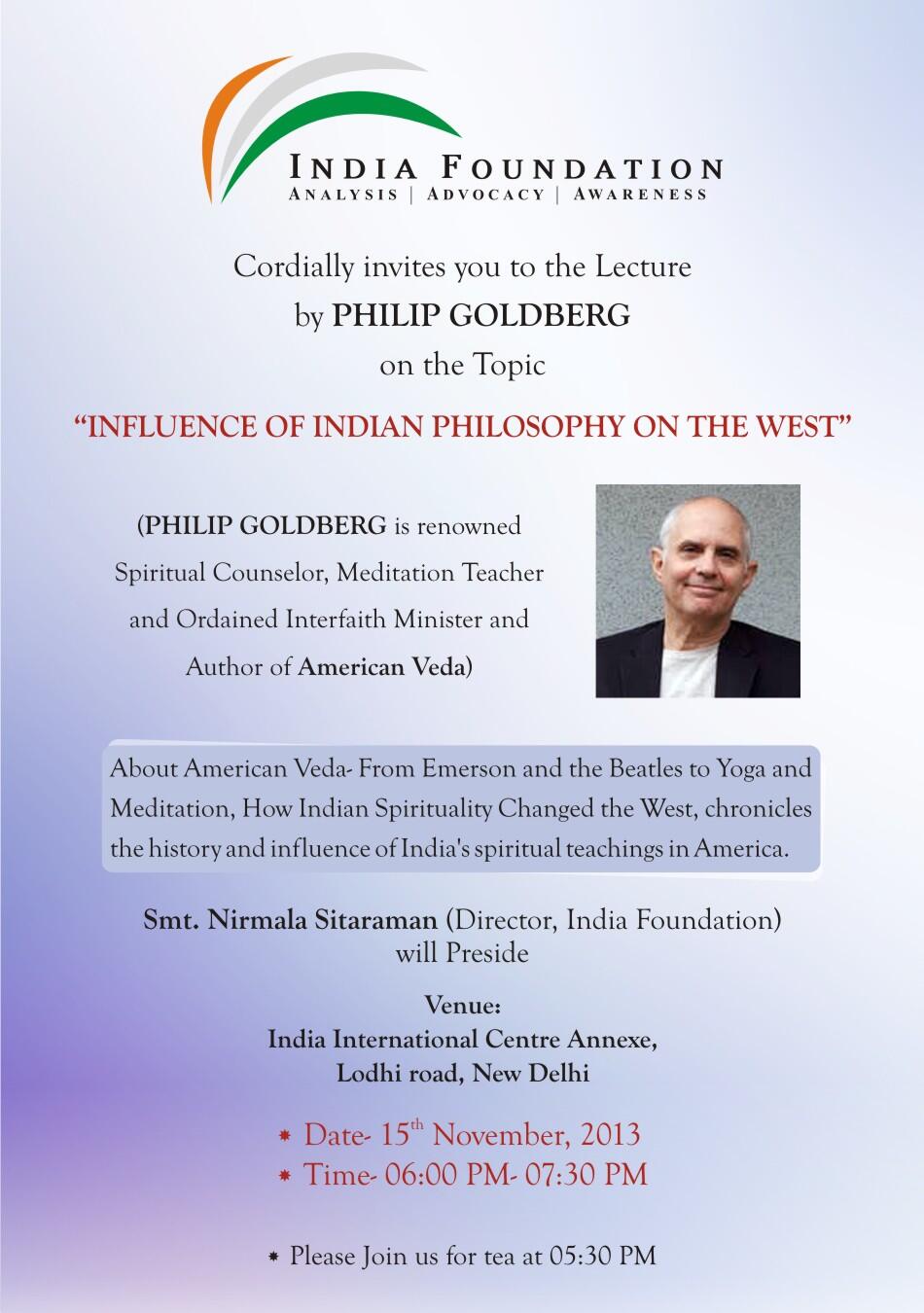 ..promotes Mr. Goldberg's 'American Veda', which has been clearly exposed as an attempt to digest Hinduism in this very forum, and \summarized here in two parts: 1, and 2.


Rajiv comment: The sad fact is that most Hindu leaders continue to see digestion as something good happening to Hinduism. This is the next frontier of encounter we must have. It wont be easy as the "good cops" have done a great job winning over large numbers of confused Hindu leaders - political, spiritual, community, etc. I am glad yo brought this up. I am only one voice and others are needed to teach about digestion.

Arora disagrees:
"Phil Goldberg is working in a really positive way and does not at all come across as alarming to an american or western audience. Also, he does not use words like "digestion", as his concern is simply to say what's true without delving into the more controversial areas.

Rajiv comment: Above post does not understand meaning of digestion at all.
(1) Obviously a digestor speaks positively - did you not watch the thread on jesus digestion of dance, yoga, Zee TV video etc? All very positive views on dharma. Did you ever read on good cops?
(2) one not have to use the word "digestion: to be a digestor, any more than a crook does not have to say "crook" to be one.
What ignorance our folks have??? And these are supposed to be shining the light on others. "

Maria adds:
"...Rajivji himself had explained in the beingdifferent forum..:

"WHERE do I stand and gaze at them? How am I different? This is how I got started, and then begins the quest to understand one's difference in a way that is not causing anxiety.

Once difference is clearly anchored (with mutual respect), then the resistance becomes a possibility."

Therefore the NEED of having an indian/hindu or dharmic identity to use as our framework, or even shield for the kurushetra. The lack of this identity is what, IMHO is favoring the different digestión processes. All of us need to ask these questions to ourselves, and get answers that will conform that identity, which has to be strong, firm and self-secure. We have to know who we are and what is our role in this world as hindus/dharmics. "
Rajiv responds:
"An immensely big paradigm is shift required for digestion to be seen as
something harmful.

This is why most of our well meaning leaders have difficulty
understanding what digestion means and why its a problem.

Only a fraction of the members here understand it deeply, as it obvious
from many posts we find. You can imagine how uninformed most other
persons are.

A big issue is that Hindu leaders imagine they are well informed because
they hang around other "like minded people" and they reinforce each
other into a sense of false reassurance. Actually, these are "like
minded ignorant folks". Very few of them read enough. Most knowledge is
hearsay, old pravachans re-re-re-repeated in every event they go to. The
chelas are blind followers and afraid to point out when the emperor has
no clothes on.

This situation is also why the leaders dont think they need to actually
read what I write, because they are programmed to think that they have
learned everything worthwhile knowing. They assume some thesis I must be
writing about which is not at all my message in a given book. Also,
those who read one thing I wrote a long time ago assume that everything
I ever write must be a mere restatement of that. As if I am one-track in
my knowledge and interests just as they are.

I never came across a larger number of such ill-informed leaders on the
subject matter that they are leading in. So the task ahead is immense.
But rather than blaming them, its more productive to see them as simply
ignorant.

Notice how many awards, recognitions, grants are being given to scholars
whose work has not been adequately studied by the groups giving these
awards. They base their evaluation on personality and superficial things
like: he talks well and positively about us, does not show any
negativity, means well,better than many others, etc. Leaders are
supposed to be extremely well informed and at a much higher standard.
Sadly, not only the leaders, even their "experts" who brief them are
lazy and un-read...
... They BETTER take the time and get educated thoroughly. This includes anyone who makes decisions on who and what to support with funds, patronage, etc. Most persons supporting such lecture tours and scholars by digesters have NOT read enough about the nature of the digestion problem. Contrast this with seminaries where a minimum Masters Degree is given to any leader employed by a Christian group. In other words, we the civilization of learning have forgotten leadership training - not about slogans and parroting the netas to get ahead."

RS adds:
"The inability of The RSS intelligentsia towards any kind of intellectually rigorous and sophisticated reasoning in countering and responding to leftist-missionary-Marxist propaganda has been nicely unravelled and exposed in [Koenraad Elst's] book "Decolonising The Hindu Mind".
[picture link is Amazon.com]

I believe multiple copies of BD/Vibhinnata need to be distributed to every RSS shakha along the length and breadth of this country so the next generation of RSS leadership acquires the conviction of RM's position, arguments and stance on these matters."
Aditya adds:
"... an extremely important point that all Hindus should be aware of. Digesters are not going to admit to digesting, not going to admit to appropriating another culture, not going to admit to do anything "bad." To them, there simply isn't a problem. In fact, digesters actually think that not "digesting" (they won't use this term obviously) is a bad thing since they believe they are promoting various principles found in Hinduism.

If Hindus also do not think there is a problem, they are implicitly aiding the digesters.

This attitude of not thinking there is a problem must stop. The sooner, the better. Hindus need to stop allowing themselves be duped by all the "nice" and "polite" forms this digestion takes form and to recognize it for what it is.

Once Hindus start acknowledging the problem, then this itself is a lot of progress (though not enough). The next logical step is then to begin counter-efforts against the digestion and the digesters."
[at this point, there are some comments from folks still utterly clueless about digestion. We'll leave those out since I'm blowing a couple of valves myself reading that]
Rajiv Malhotra who discovered and coined the word 'digestion' has the final word in this post.
"...My sense is that Indians are addicted to a dependency to "feel good" about themselves in order to counteract some deep complex/self doubt. Hence there is refusal to acknowledge a problem, because that disrupts the "feel good" zone - almost like some intoxicant.

Such people not only fail to engage in constructive problem solving, they also are vulnerable to being easily manipulated by someone who knows how to push their "feel good" buttons. This is why a crowd throngs to hear a white scholar who will tell them great things about themselves. There is some sort of psychological condition here."

This discussion continues into Part-2.
Posted by shivoham at 7:24:00 PM